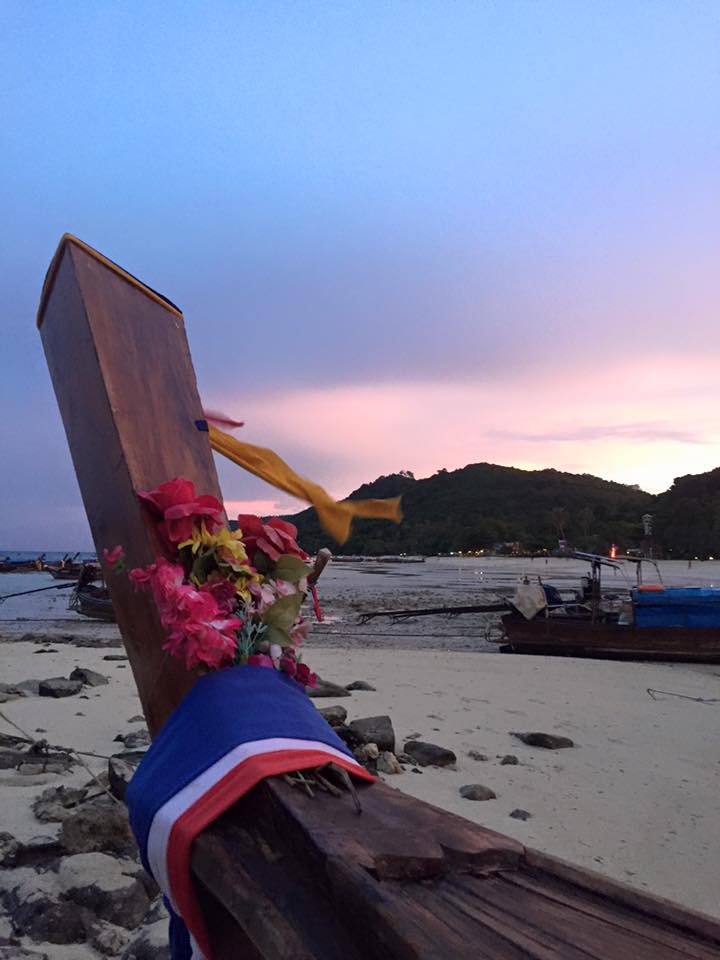 It was my first trip to Far East and Thailand is probably one of the best destinations for ‘Far East For Dummies’kind of a trip. I still haven’t been to Bangkok but from what I‘ve seen in Thailand – I can say it is a natural beauty with its hidden treasures and crystal clear waters.

We arrived Phuket early in the morning and took a ferry to get to Holiday Inn Phi Phi. The top floor of the ferry was full of foreigners from different nationalities, with stickers on their chests stating which hotel they are heading to. After 3 hours of a sea trip, we finally stopped in the middle of the sea so that long tail boats could take us to our hotel- Holiday Inn Phi Phi. When we were getting closer to the land, I said to myself ‘This must be the heaven on earth!’

Phi Phi is known with its beach fire parties, crazy fun and bars, however, where we ended up was a quiet paradise on the northern side where all honeymooners were staying at. It was not what I was expecting but just an eye candy! With the hotel upgrading us for free, we would‘t complain that we are not in a crazy place anymore. To be honest, it is a place to go with your loved one – not with a friend.

The red and blue colours of the sky during sunset, long tail boats and swings on the beach, flower arrangements for a beach wedding, the white sand and green sea were just unforgettable.

When the sun set and it got dark, all bars on the beach were closed and we were stuck at the hotel as we didn‘t arrange any transportation to lively parts of the island at night. So I made a decision to discover the island the next day – on foot! I was pretty successful about that after walking for an hour toward the south. I reached Loh Bagao Bay, which was a bit more lively than our place. I found a local guy to take me back to the hotel with his bike and told him to come and pick us up at night again. What a mistake to trust people, he didn‘t show up and we walked another hour right before the sun set. It was worth it though, as we met lots of people and had fun! The Thai girl working at the bar followed us back to the hotel as she was interested in my friend, what a courage. 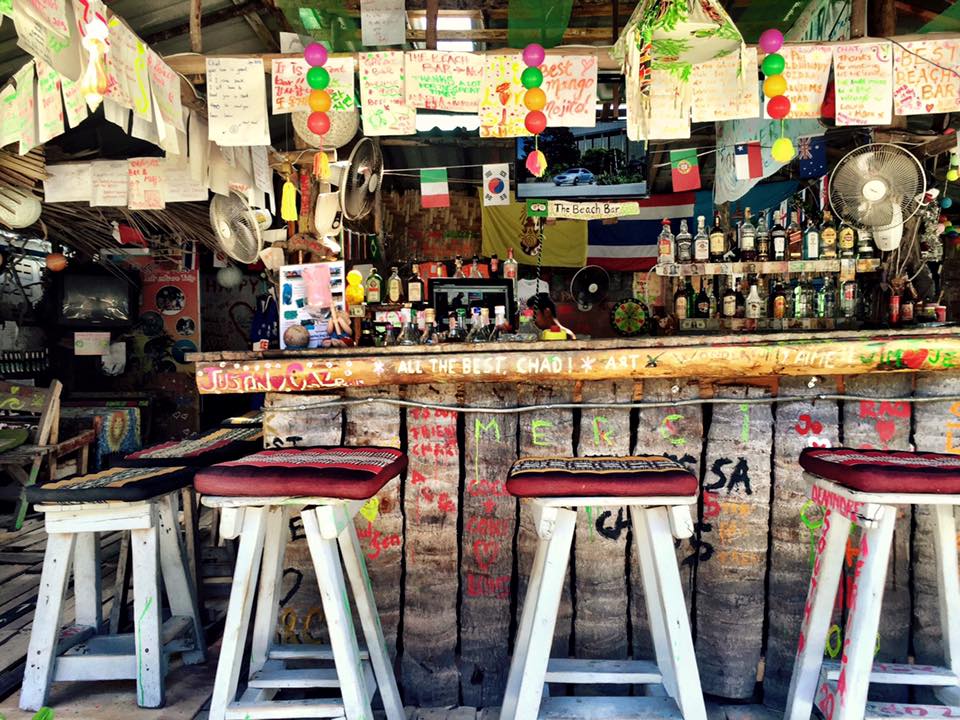 The next day, we arranged an islands boat trip at the hotel. After checking out, we visited the famous Maya Bay (from Leonardo Di Capri’s The Beach movie) Then went for snorkelling at Loh Sama Bay and swam in Bi Leh‘s crystal waters with the fish. The last stop was Monkey Bay, to watch monkeys from our long tail boat. The whole trip was 1,600 Baht, and we were dropped back to Phi Phi centre to get a fast boat back to Phuket! Luckily it took less than an hour instead of another 3 hours. It was also a fun one.

Tip: If you plan to go to Phi Phi from Phuket, take a fast boat instead of regular ones. They are cheaper if you get on the boat with other 10 people or so.

We stayed at The Holiday Inn Phuket at the famous Patong Beach in Phuket. Unfortunately the beach was not even comparable to Phi Phi‘s, but we had fun. Lots of people, shops, bars, lady boys and crazy stuff! The famous Bangla Street was full of bars with strippers and prostitutes. It was amazing to see how many old men were there to be with asian chicks and lady boys. It was sad to see all those people in need of money but that’s the reality of Thailand.

The way back was easier as we were already in the town, relaxed.

Thank you Thailand, for showing us both of your hidden treasures and the crazy fun. I will make sure to visit you once again to discover more!