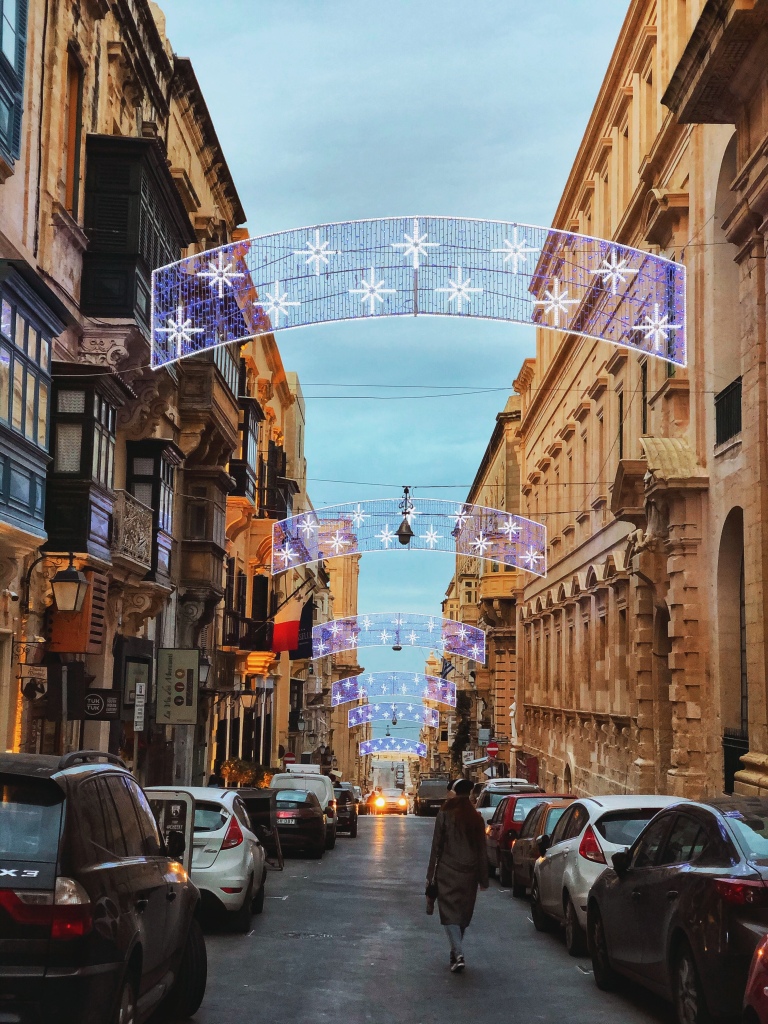 Malta is a small island in the middle of the Mediterranean Sea, in the south of Italy. The island is one of the most concentrated historic areas in the world and is known for its isolation and tranquility.

Malta is laid-back, packed with history and the island has hosted shootings of some of the world-famous movies such as Game of Thrones, Gladiator and Troy.

Together with Gozo and Comino, the island is on many European traveller’s wish lists but is one of the travel destinations people often know little about!

Malta is known to be a history hub due to its overflowing history. The strategic geographical position of Malta made it very valuable for everyone in the history, looking to trade in the Mediterranean seas. Not only the island‘s easy access to both Europe and Africa, but also to the Middle East made it a great trading centre.

Connecting North Africa and Sicily, the island Malta was under The Phoenicians which came from Lebanon in 870 BC. Although very little visibile influence is left, the effects of the Phoenicians on Malta are noticeable even today – place names, numbers, and the Maltese language are all very close to the Arabic language.

In 600 BC, the Carthage took over the island before the Roman Rule started in 255 BC. During this time, the Romans built an administrative base in Mdina and The Roman Catholic religion was introduced.

In 533 BC, the Byzantines landed in Malta and they improved and built defensive structures along the island. During the Norman rule in 1127, Muslim religion in Malta was stamped out and replaced by the Christian religion.

In 1530, the knights came to Malta and eventually colonised it, leading to major changes to the Maltese islands. The Knights made Italian the official language of Malta and they built banks, hospitals, and public spaces.

In 1565, 40,000 Ottoman troops attacked the Maltese islands. As they failed and left the island, the Siege of Malta was celebrated and renowned throughout 16th Century Europe. Soon after the siege, Jean Parisot de Valette; the Grand Master at the time, began the works on Valletta.

Malta was then invaded by the French Napoleon in 1798 and the British in 1800. While Malta didn’t serve in World War I, the island became a floating hospital, and gained the name ‘the Nurse of the Mediterranean’ due to the number of wounded soldiers taken to the island for recuperation. However in World War II, Malta was heavily bombed.It was actually one of the most intensively bombed areas during the war. By May 1943, they had sunk 230 Axis ships in 164 days, the highest Allied sinking rate of the war.

In 1974, Malta became a Republic, and the last British troops left Malta completely in 1979. Malta is now a full member of the European Union and its currency is Euro. Just in 2018, Valletta was declared the Capital City of Culture in Europe. 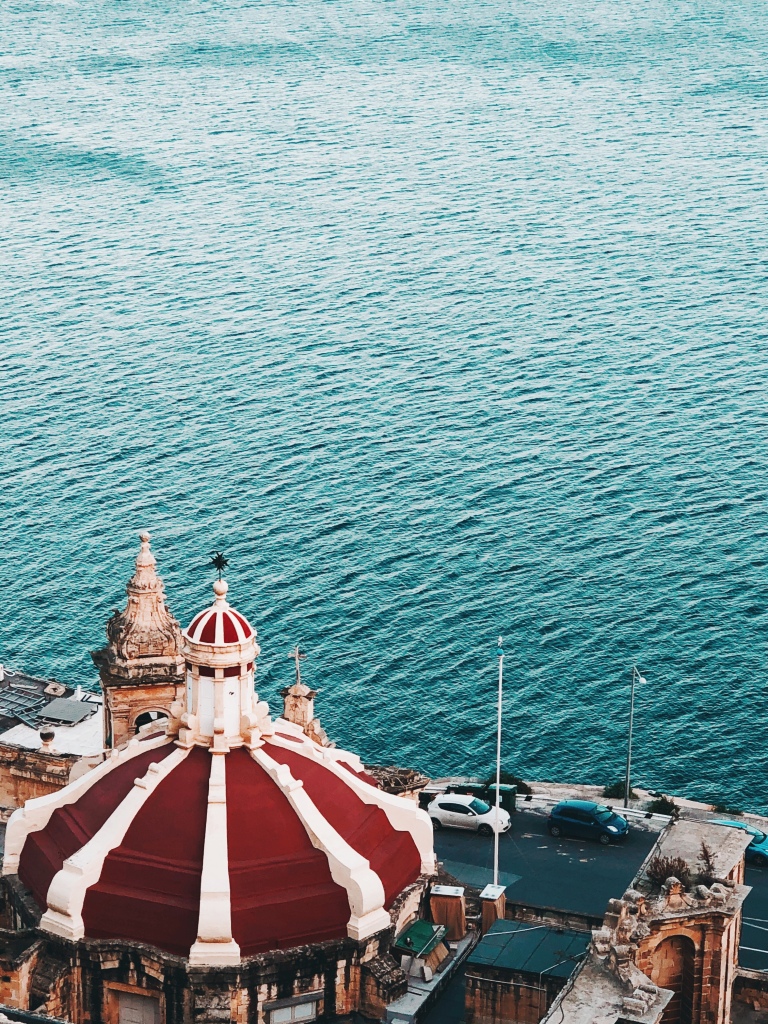 When to Visit Malta:

Malta can be visited all year round but if you want to have a beach holiday, you should choose any time between May and September. In summer, the temperature rises up to 40 C degrees however in winter, it drops only to 14 C degrees during the day.

We went to Malta in December which is the lowest season for the island. Since we live in Germany, December was a nice getaway for us. Due to the strong wind, we did not want to go to Gozo, Blue Grotto or the other islands but it will be a good excuse for us to go back to Malta in summer.

Malta in December was also nice, as the streets and churches were lit up by Christmas lights and all the shops were open till late. There was even a Christmas market with an ice skate rink! Well, it was not comperable to Western European Christmas markets but having one is better than not having any right? 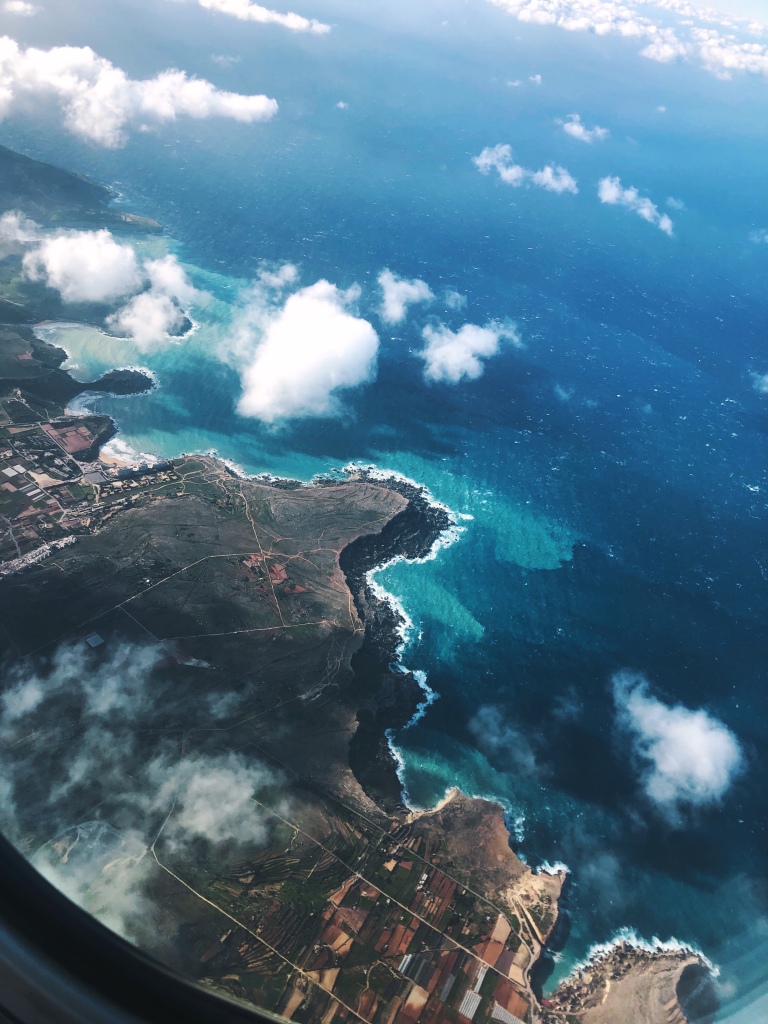 What to See in Malta:

Malta could be small but there are a lot to see! From UNESCO World Heritage sites to museums, from churches to beaches, there are many places to see. From 3 days to a week would be enough to see Malta.

If you are planning a short two-day holiday, the main places to visit are Valletta, Mdina, Sliema and 3 Cities. You can see Valletta and Mdina in one day and the other two in the second day.

However, if you are planning to stay longer, Popeye Village, Blue Lagoon, Marsaxlokk, San Anton Palace, St. Petersburg Peter’s Pool, Dingli Cliffs and, of course, the Gozo and Comino Islands are worth to see too!

Transportation on the island is provided by bus, ferry or taxi, so you can go to all the above places by public transport. Since the main bus station is located in Valletta, you should set Valletta as your main hub.

We stayed on St. Julian’s area and reached almost everywhere by bus and ferry. If the weather is nice, I strongly recommend you to take the ferry from Sliema to Valletta, and from Valletta to the Three Cities. Buses are always an option, however they are time-consuming and you would miss the amazing city views that you would see from the ferry.

Transportation Tip: You can buy your bus and ferry tickets either from the bus driver, ferry entrance or from the phone application called Tallinja. Buses and ferries are usually 1.5 €. Also, note that the Valletta-3 Cities ferry ticket includes a lift to Upper Baraka Gardens, which means you don’t have to walk or pay extra for the lift.

Getting to the city center from Malta Airport is also very convenient. We have arranged a taxi through the hotel we stayed in and we arrived Paceville / St. Julians from the airport in 15 minutes and it costed 20 euros (one way).

Where to Stay in Malta:

Your choice of accommodation in Malta depends on what type of holiday you want. We stayed in Paceville and St. Julians area, as a friend suggested that Valletta would be very quiet at nights. However, we ended up spending our evenings in Valletta which we enjoyed more than the party area in Paceville.

Valletta is the capital of Malta, and the crowdest area of the island. There are lots of streets to be discovered, restaurant and cafes to check out and historical houses to be photographed.

It is far from the beaches but it has great transport links. Valletta’s Grand Harbour has water taxis, ferries and chartered boat trips to the Three Cities and Malta’s more secluded beaches, and the central bus station will allow you to travel anywhere around the island by buses.

If you decide to stay in this area, you should be prepared for the noise you will hear late in the night.

We stayed at Hotel Valentina, which is located in the quieter side of St. Julians, however we could still hear the noise of party lovers in the middle of the night. However, I would definitely recommend this hotel if you are willing to stay in this area. It was a modern hotel and we had a complimentary mini bar as well as a sparkling wine.

Perfect for; singles and party lovers

Tip: Keep in mind that the hotels located in the most noisy areas of Paceville are Hugo Hotels, Intercontinental, Holiday Inn and Be Hotels.

Mdina is called “Silent City” and to be honest, I wouldn’t recommend staying here. It is nice for a daily trip as it is a small town with nice views but that would be it. Also, it is not easy to get to and is far from the ferry lines.

Perfect for; couples who love quite evenings and magical evening strolls

Where to Eat & Drink in Malta:

Here are my recommendations for eating and drinking in Malta;

To try out Maltese dishes on a set menu basis; Legligin (Valletta) 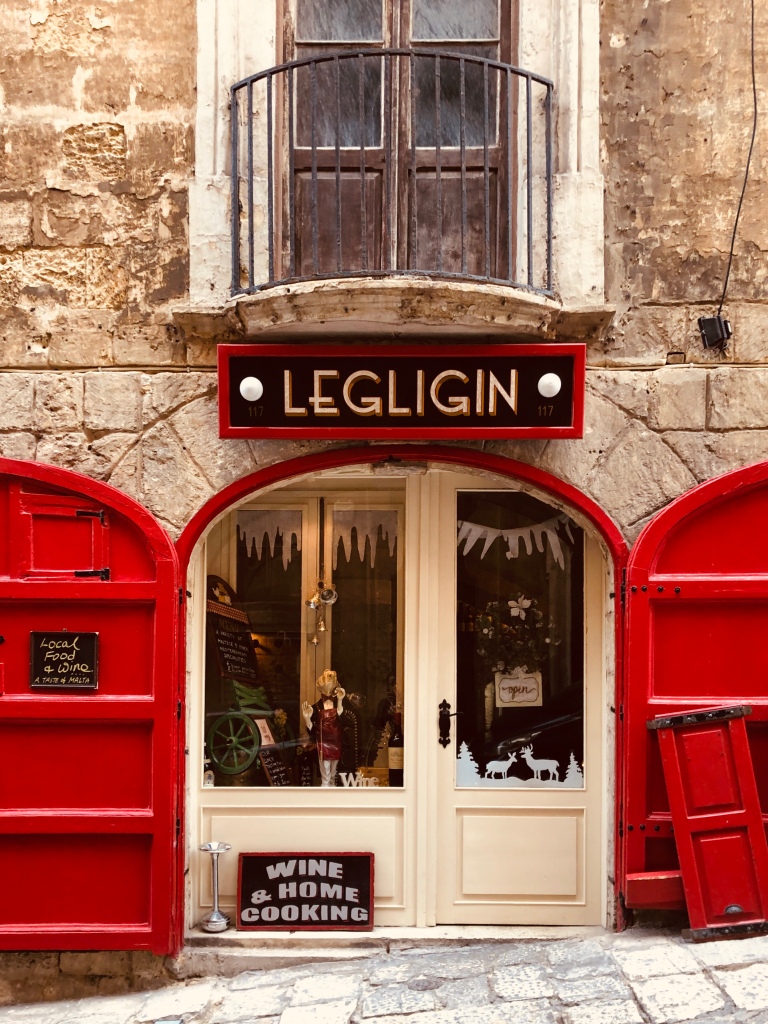 To have the best sushi and Japanese food in town; Sushi Club (St. Julians) 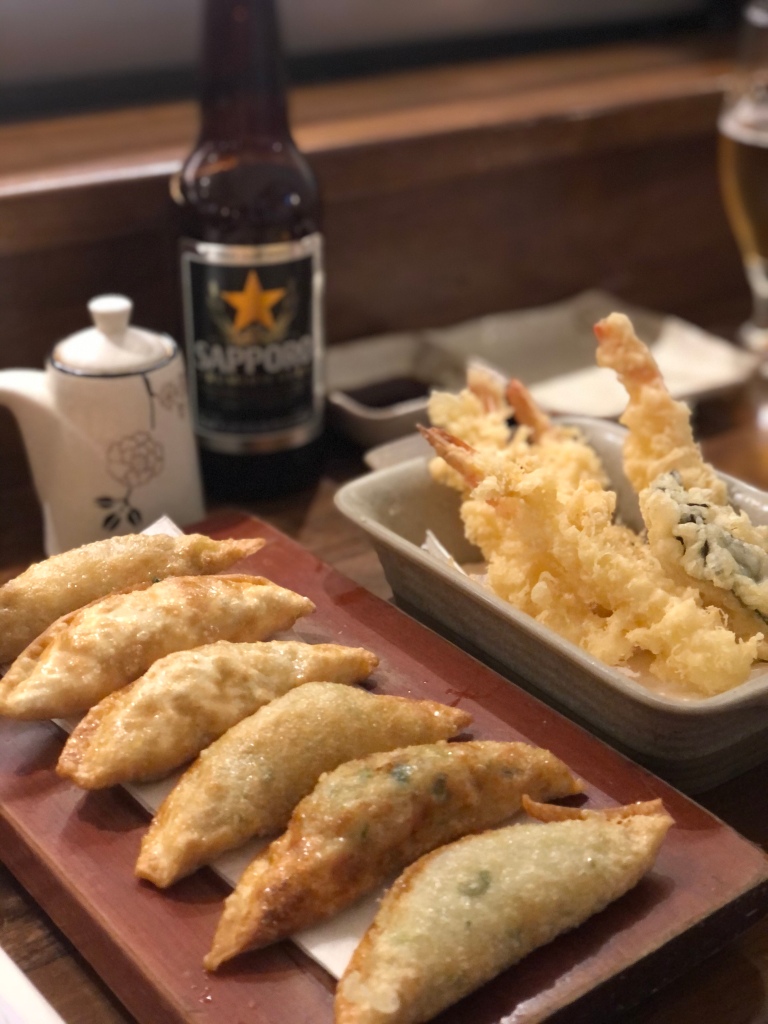 To have the best boozy brunch; Phoenicia Hotel Malta (Valletta) 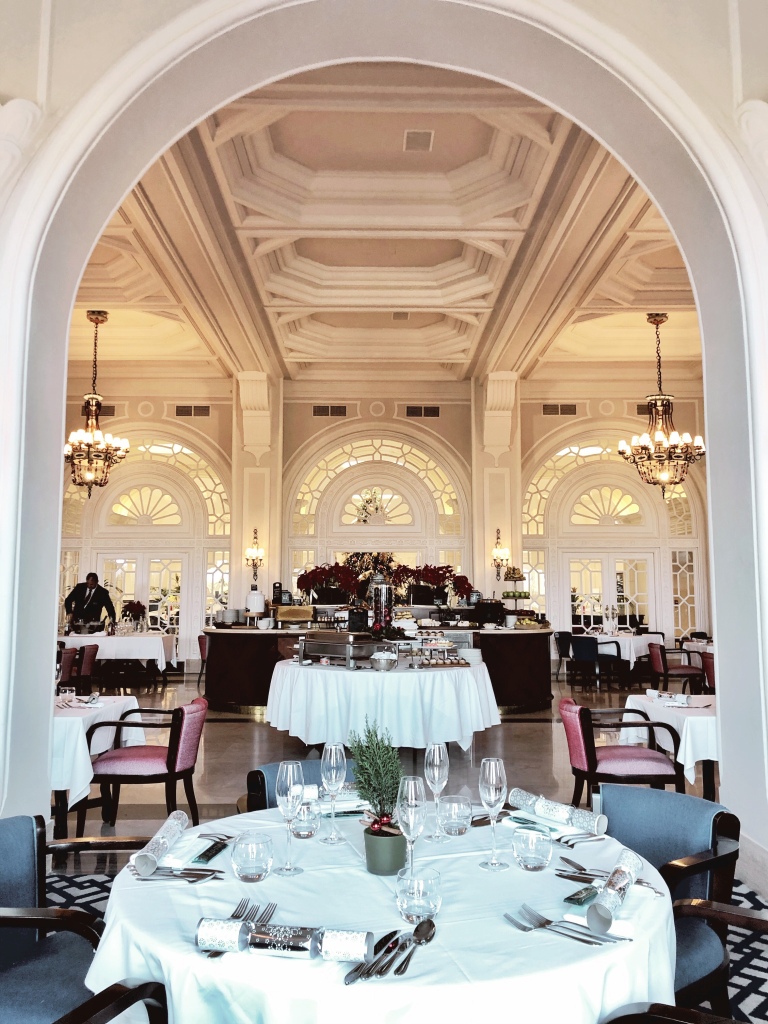 To have a good Mediterranean food in a stylish environment; Taproom (Valletta) 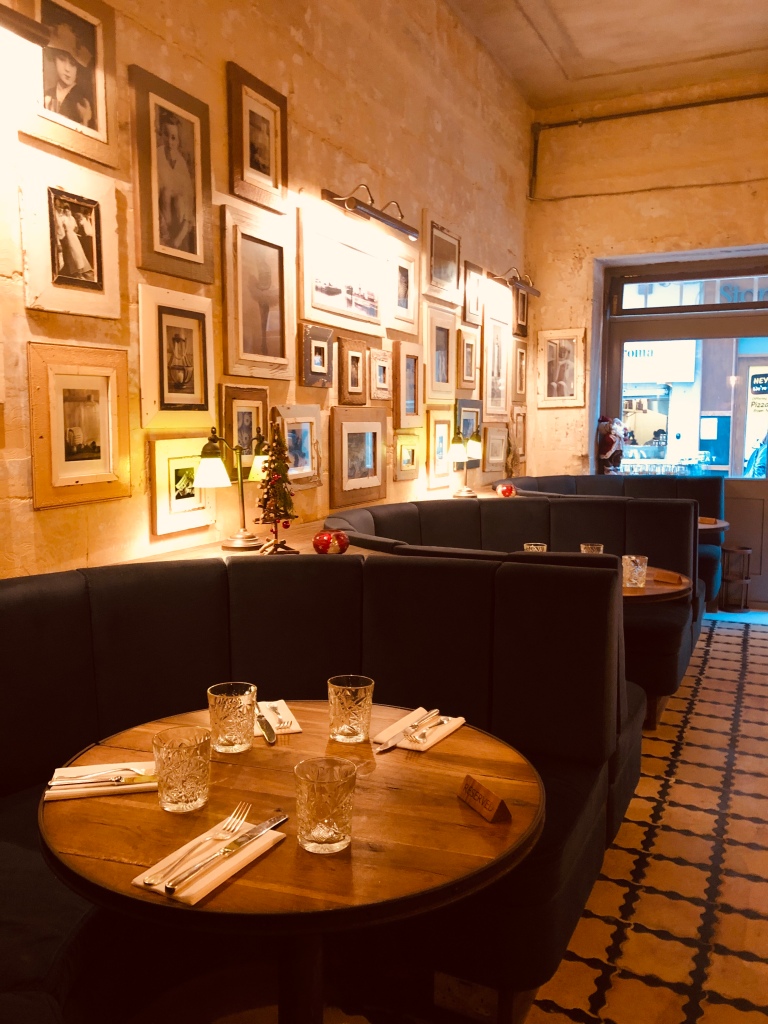 Additionally, you may want to check out Cuba in Sliema or Fontanella in Mdina to have a nice view of the island while eating and drinking, or the Bridge Bar in Valletta for listening to jazz music at nights.